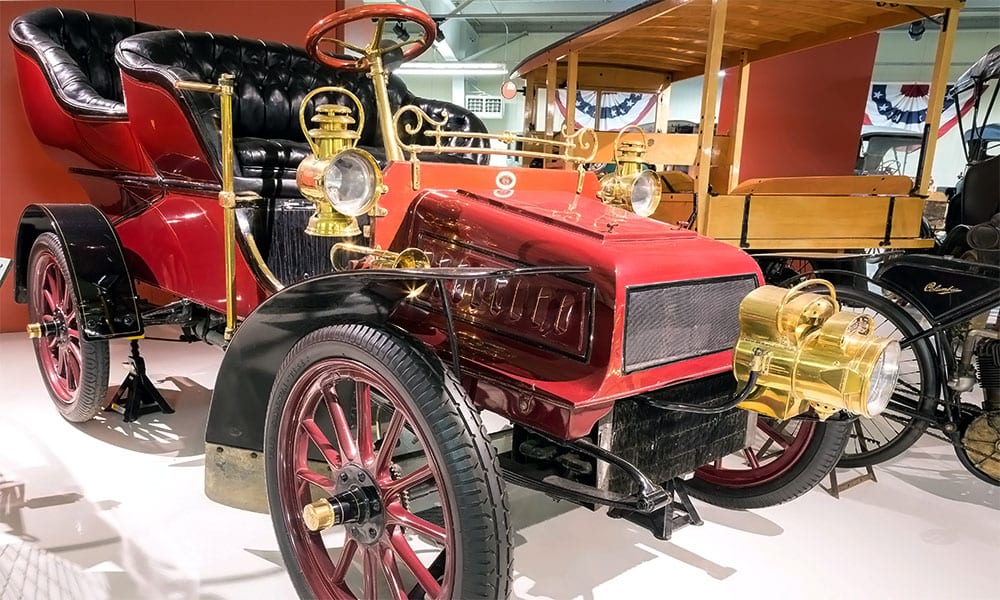 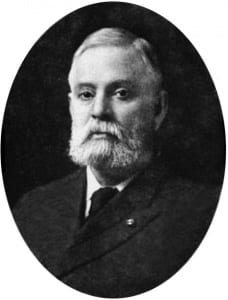 Albert Augustus Pope emerged from the Civil War at the age of 22, with the brevetted rank of Colonel, commendations for bravery, and a small amount of carefully-saved military pay. Setting up shop in Boston, he began trading in shoe decorations, air pistols, and other small patent articles.

During a trip to England, Pope saw a British-made high wheel bicycle. Whether Pope fell in love and had stars in his eyes or simply saw dollar signs, we cannot know; but he would soon become the greatest proponent of the bicycle in America.

After briefly importing and selling the English models, Pope determined to manufacture “the wheel” in the States.

In the spring of 1878, he loaded his personal high wheeler onto a train from Boston to Hartford. From the train station, he pedaled to the Weed Sewing Machine factory, where he was able to persuade the former gun makers—experts in the American System of Manufacture, to produce his bicycle.

Within three years, the factory was almost entirely devoted to its new product, and Pope had proved his genius as an industrial tycoon. He bought up patents and created new divisions within the company to make parts—from forgings to tires. He installed a metallurgical lab to develop lighter and stronger alloys and created an engineering department to improve designs. He also established a network of sales agencies. By 1882, Pope’s Columbia bicycle factory was turning out a thousand bicycles a month.

Pope’s original Columbia bicycle was a high wheeler—with the front wheel directly driven by the pedals. In the early 1890s, new designs—using gears and chain drives—allowed the two wheels to be of the same size. Bicycles were first made using tools and techniques from the firearms industry. Later, bicycle makers would introduce their own improvements: more use of stamped and pressed metal parts, better ball bearings, and electric arc welding. All of these would cross over to the auto industry.

At the peak of the bicycle craze, in 1896-97, more than a million bicycles were made each year, in a nation of only 50 million people. The era of personal transportation for all had begun.

There was another critical player in the evolution of the Pope Manufacturing Company, he was the son of Sir Hiram Maxim, the inventor of the Maxim Machine gun. His name was Hiram Percy Maxim.

Traveling from Salem to Lynn in 1892, to visit a young lady he was courting, young Percy suddenly realized that what he really wanted was a wheeled vehicle with a motor, a machine that could propel itself along that country road. Percy’s courtship ended as he began to experiment with putting a gasoline motor on a Pope tricycle. 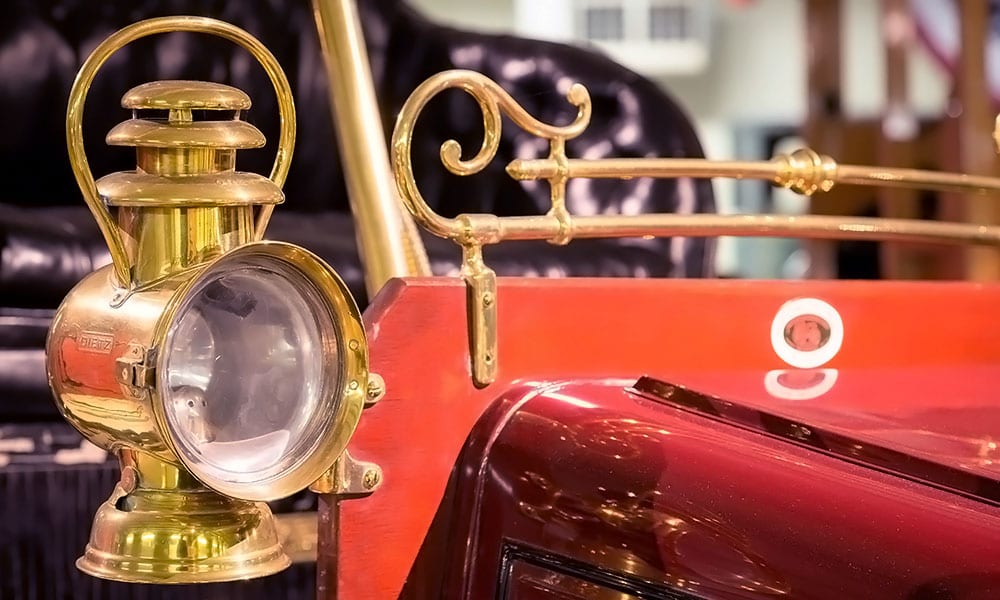 Pope hired Maxim in 1895 and put him to work developing a Pope motorcar. Starting out with a manufacturing empire already in place, Pope had an enormous advantage over others who were working toward the same goal. By 1899, the Pope Manufacturing Company had become the largest car producer in America, with 500 electric vehicles and forty gasoline autos to their credit. Pope’s contributions to modern industry, based on his refinement of mass production and the use of interchangeable parts, helped pave the way for Henry Ford and the Model T.

The 1904 Pope Hartford Model B rear entrance tonneau touring car at the Seal Cove Auto Museum cost $1200 new and is powered by a single cylinder 10 hp engine. It has a planetary transmission with final drive by chain. 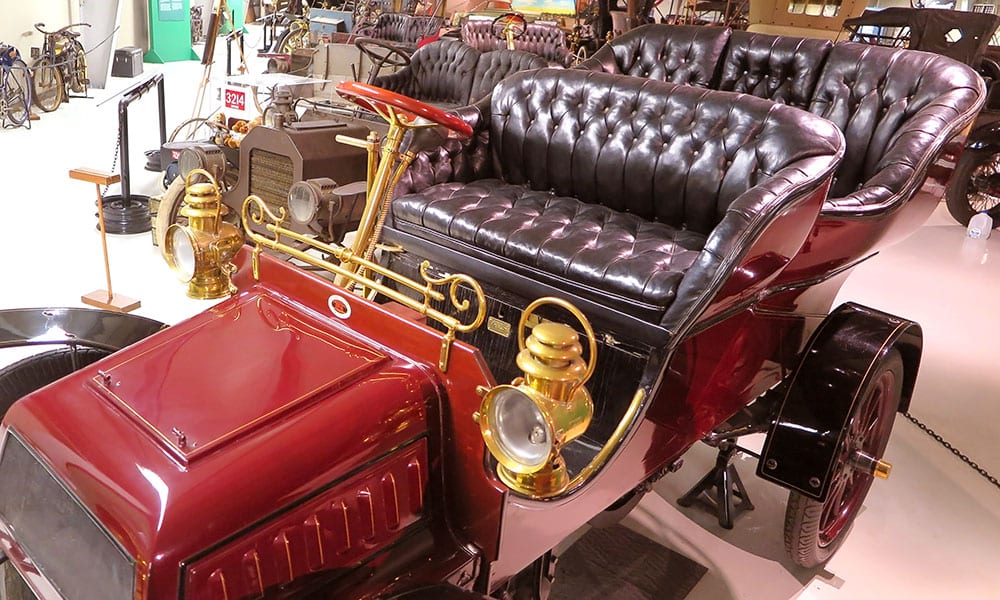 We do have some information about the car’s provenance: It was owned by Mr. Loper of Ocean City, NJ in 1952 and Robert Robertson from ’53-63. Then it went to Sam Tarnapol, a friend of Dr. Samuel Scher. Dr. Scher restored the car in the early 1960s; his monogram is on the side. The Pope Hartford is one of 41 of Dr. Scher’s cars purchased by Richard Paine in May of 1965. 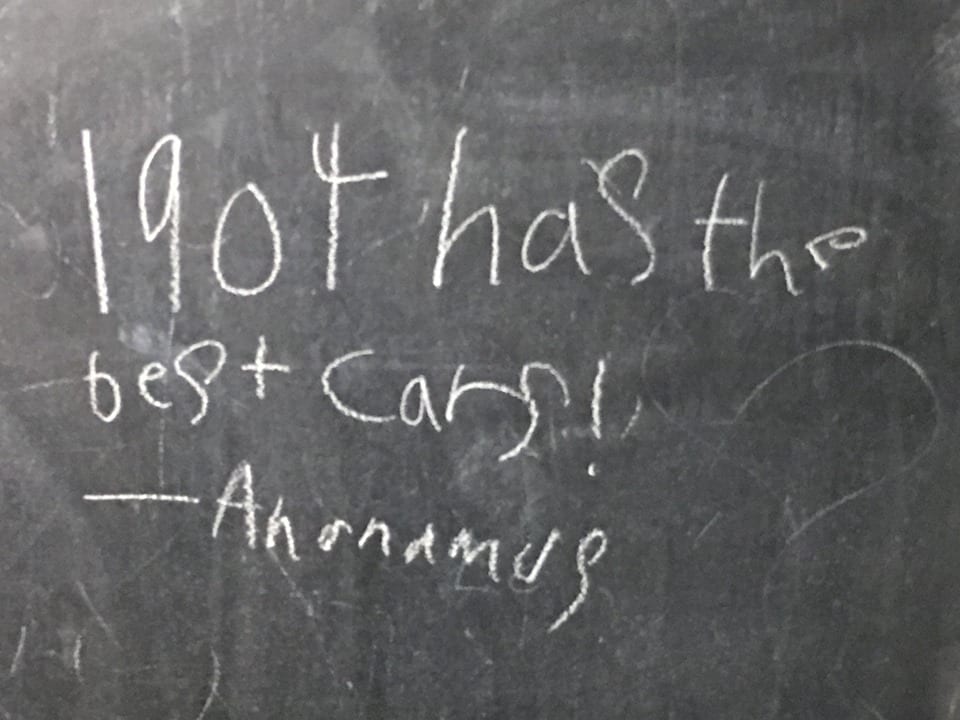 There are only two or three 1904 Pope Hartfords known to exist. Wouldn’t it be amazing if this were Edith Wharton’s Pope?