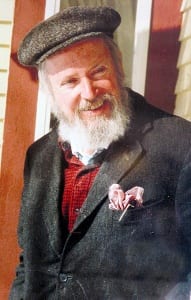 At first on his own, later with help from peers and friends, Richard Paine’s passion and taste for cars was always in motion. He bought and sold, sometimes buying several of one kind, then letting some go, only to be replaced by objects of his next great interest. He not only collected great cars, he collected relevant, arcane, enriching tidbits of knowledge that helped make him one of the world’s great collectors. The end result has inspired every car guy who’s ever made a pilgrimage to, or tripped over, the Seal Cove Auto Museum. Richard allowed this museum to be promoted only because he had to—he was happy to have it be his private domain, though he gradually enjoyed other people’s enjoyment of his treasures.

During his lifetime Richard Paine formed the nonprofit Seal Cove Auto Museum to provide a place to keep and display his extraordinary collection. Although he donated a few cars to the Museum outright, the bulk of the collection on display remained in a personal Trust until the time of his death.

After Richard’s death, a new board was chosen for the Museum with a mission to preserve this core collection, and to keep the Paine Legacy alive. This board worked with the Trust, which owns most of the cars, to find a way to continue to make the core of the Paine collection accessible to the public.

By the nature of his collecting, there were redundancies—if he liked something, he often sold and traded for more of the same. In order to create an endowment to support the centerline of this collection, the Paine Trustee, in consultation with the board of the Museum, identified a number of cars that contributed less to the storyline of the collection as a whole, and sold those cars to raise an endowment to support the remaining core collection.

The Paine collection represents not only one man’s love of automobiles, it also reflects an aesthetic wrapped in Richard’s love of Maine and his roots in New England, coincidentally the birthplace of the American automobile industry.