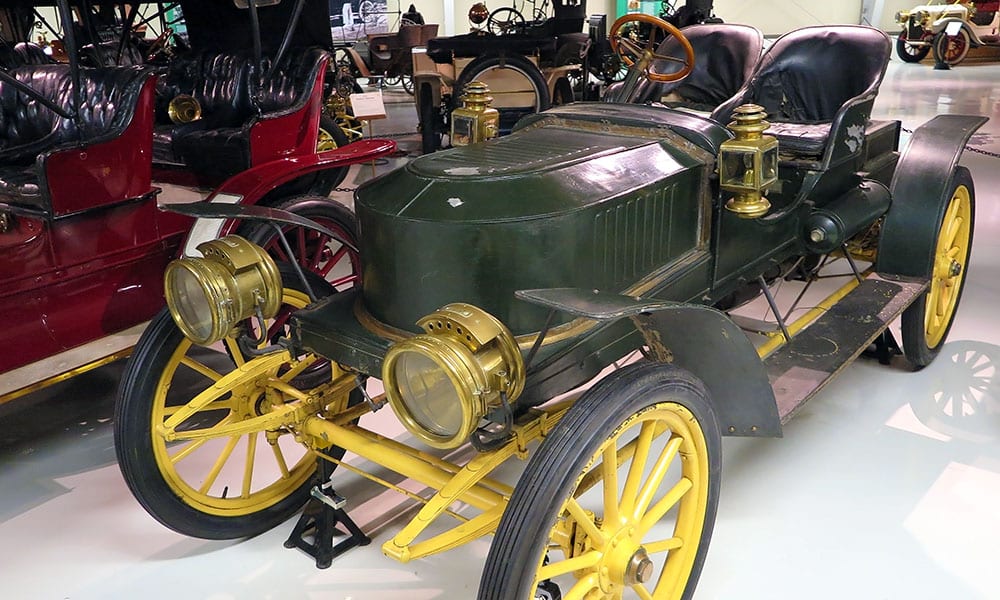 A “supercar” is loosely defined as a high-performance street-legal car. I’ll tell you all about America’s first Supercar – the Stanley K Semi-Racer – but first a bit of background history. 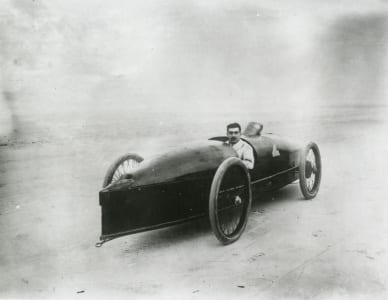 In 1906, at Ormond Beach (now known as Daytona Beach, Florida), Fred Marriott of the Stanley Motor Carriage Company’s repair department piloted a special bodied steamer called the “Rocket” to a stunning 127.6 miles per hour. That was a new world’s speed record and caused a sensation.

In 1907, Marriott tried to break his record with an improved version of the Rocket. He hit a rut doing about 150 mph, and the car became a rocket, flying into the air and breaking in half when it hit the ground. Marriott lost an eye, was severely injured and told all and sundry that he would give up racing. He described what happened: “I shouldn’t have tried to shatter all records…She wasn’t heavy enough. I thought I could make her do two hundred. But that confound combination of speed, light weight, and treacherous sand spun me around, shot me eighteen feet in the air.”

Fred Marriott recovered and went on to serve another 12 years with the Stanley Motor Carriage Company. 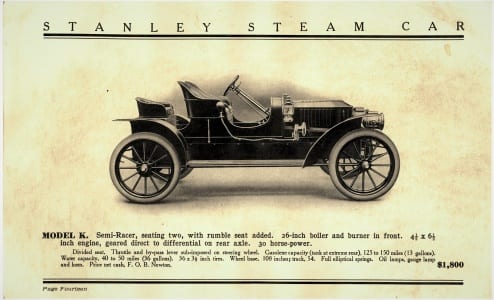 Of the many steam cars built at the dawn of motoring, without a doubt, the automobiles built by the Stanley Motor Carriage Company are the best known. Only twenty-five Model K Semi-Racers were made; the Semi-Racer on display at Seal Cove is the rarest of all and one of only three known to exist today.

The Model K Semi-Racer is based on the Rocket that Marriott drove. Its 26-inch boiler and massive engine, the same as the Rocket’s, is geared directly to the differential on the rear axle, delivering 30 horse-power.

The Semi-Racer had all the three key ingredients that are usually present with any car that is highly desirable: speed, looks, and power. What will she do? Well, a Model K Stanley is capable of close to 90 m.p.h. If the driver doesn’t chicken out first.

Check out the Seal Cove Model K on “Jay Leno’s Garage” – then keep reading to learn about the original owners of this incredible automobile.

The Seal Cove Model K was purchased new in 1908 by Winfield Scott Libbey of Lewiston, Maine and the founder of the W.S. Libbey Company. After Libbey’s death in 1914, the racer was eventually passed onto his grandson Paul Libbey. The car is believed to not have been run since that time. 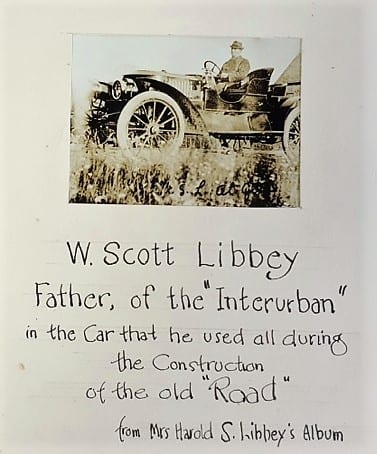 It is in original, unrestored condition, except for an older paint job, just like the day it was when it came out of Paul Libbey’s barn.

W. S. Libbey built what became known as the “Finest Electric Railroad in All-New England.” The Portland Lewiston Interurban railway connected Maine’s largest cities. In 1908, W. S. Libbey had the Stanley Steamer built for him to his specifications and would drive his racer on inspection trips along the tracks of the Portland Lewiston Interurban. On several occasions, he would race the Interurban “Narcissus” and downright terrify his passengers.

Mrs. Gertrude Libbey Anthony says of her father’s old Stanley Steamer: “He took us out many times in that Stanley Steamer. It had been built to order – a replica, as to engine of the car, that had broken the world’s record on the beach at Ormond, Florida. It was geared three to one – if that is correct – or so that when she “turned over one, she went a mile.” A mile a minute was nothing for her when she was “behaving” – and in those days, a mile a minute was going some.” 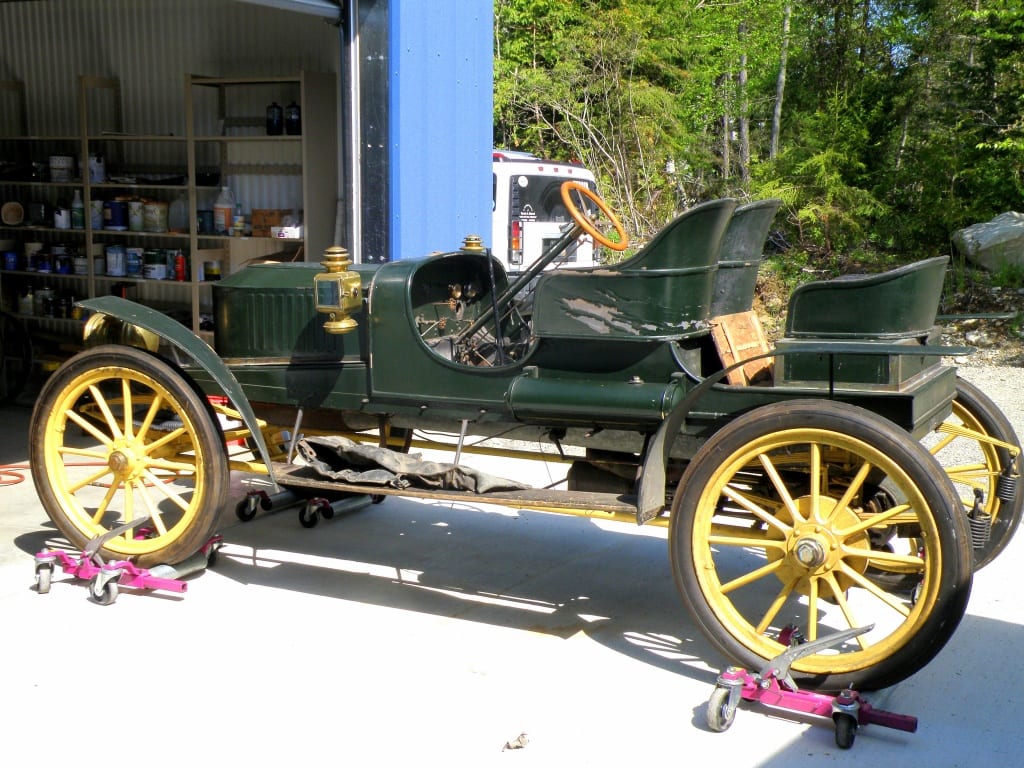 Museum founder Richard Paine purchased the car from Paul Libbey and by doing so became the third owner of what Stanley collectors consider the most valuable Stanley Steamer of all and what I consider as America’s first “supercar.”