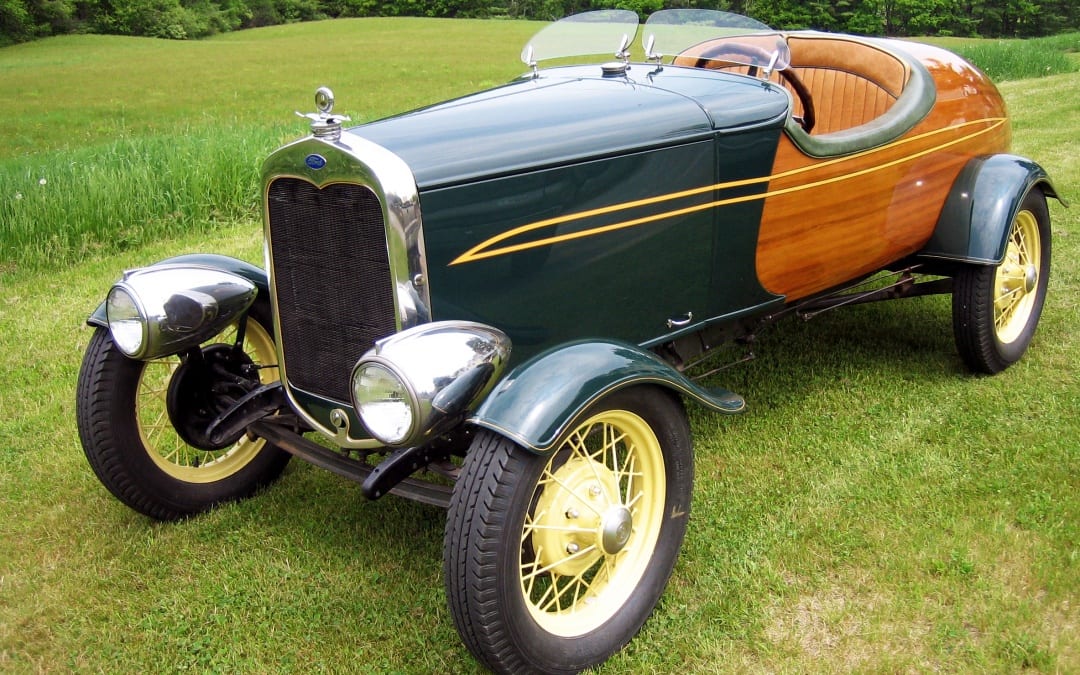 Ten days, 17 cities, and over 2,000 miles; the 2018 Hemmings Motor News Great Race is an intense competition for vintage cars, and it is coming to the Seal Cove Auto Museum this June. In its 35th year, this long-distance, time-speed-endurance rally tests the abilities of 120 racers and their pre-1972 cars. A recounting of the journey will be broadcast as a TV show on the Velocity channel.

The Seal Cove Auto Museum is one of the stops on the route; racers will be stopping at the Museum for lunch on June 28th. The public is invited to visit the Auto Museum to see the cars arrive, meet the race teams, and take part in this exciting day; special event tickets will be available.

This race is not a test of top speed. Instead, it tests teams’ abilities to follow a precise course using only a set of instructions (no maps allowed) indicating every turn, speed change, and stop, with the goal of arriving at each designated checkpoint at exactly the right time. Any technologies such as GPS or electronic odometers are prohibited; only analog odometers and stop-watches may be used. Peter Brown, the Museum’s Head Mechanic, will compete in the 2018 Great Race

The Museum’s Head Mechanic, Peter Brown, will compete in the race, and share his experiences through the Museum’s social media as he drives from Buffalo, NY to Halifax, NS. Brown will drive a 1930 Ford Model A boat-tailed speedster (pictured at top), owned by Ford Reiche. Reiche will act as navigator, a challenging role as he will have to determine the exact speeds to travel every minute of the route, described in a list of detailed instructions given to the team on the morning of each day of the race.

This is not the first time Brown and Reiche have teamed up for the Great Race. In 1988, Brown read an article about this event in Yankee Magazine. The following year, he signed up to drive a 1932 Rolls Royce 20/25, with Ford Reiche, Ford’s father Howard Jr., and Paul Turina. Two members of the team would serve as driver and navigator one day, then switch off with the other two team members the following day. In 1989, they were the first team from Maine to participate in the Great Race.

The team started training for the Norfolk, VA to Anaheim, CA (Disneyland) race only the month before and lost a week of training due to an unfortunate incident. A 1850s barn, attached to an historic house, was serving as temporary storage for the Rolls Royce at the time. One night in the barn, the Rolls’ battery cable rubbed against the fuel line and caused the car to burst into flames. It was engulfed to such a degree that the fire department had to be called to put out the blaze.

Thankfully the historic house and barn were not destroyed, nor was the car a total ruin. Brown temporarily closed down his Portland, Maine, garage; he and the rest of the team spent a week repairing and restoring the car, in time to transport it to Norfolk just two days before the race started. The team had a successful run, with the car surviving the race in spite of its recent fiery ordeal, a car which was dubbed by radio personality Paul Harvey, and henceforth known as, the “Roasted Rolls.”

Brown looks forward to competing again this June and sharing his adventures through the Seal Cove Auto Museum, though hopefully this time with a more auspicious and less fiery start.