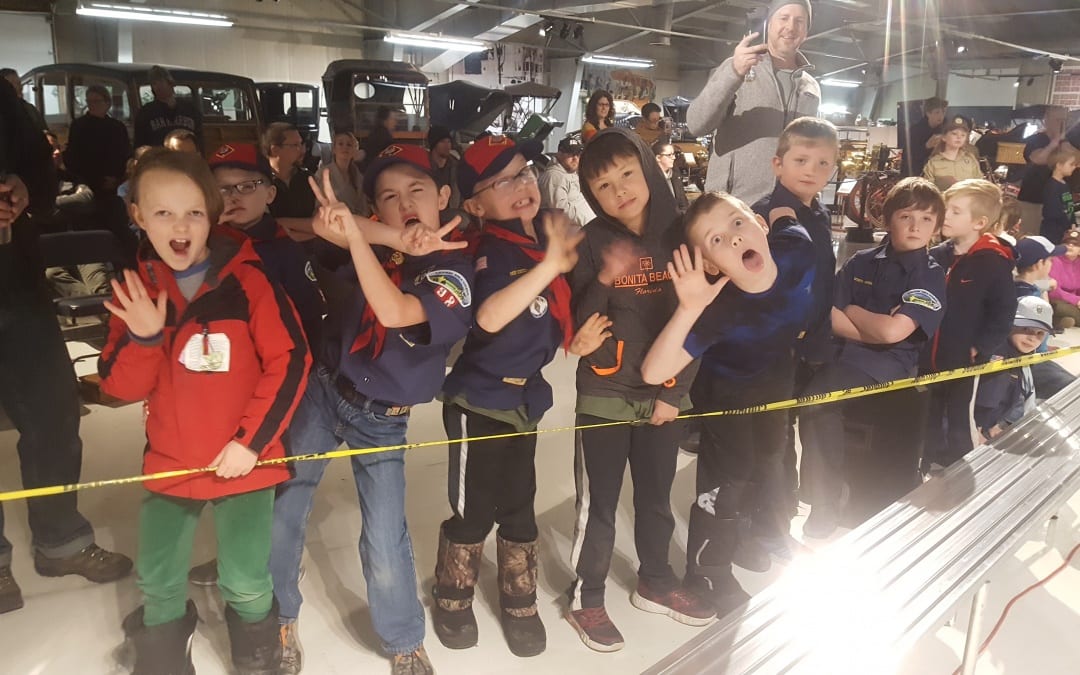 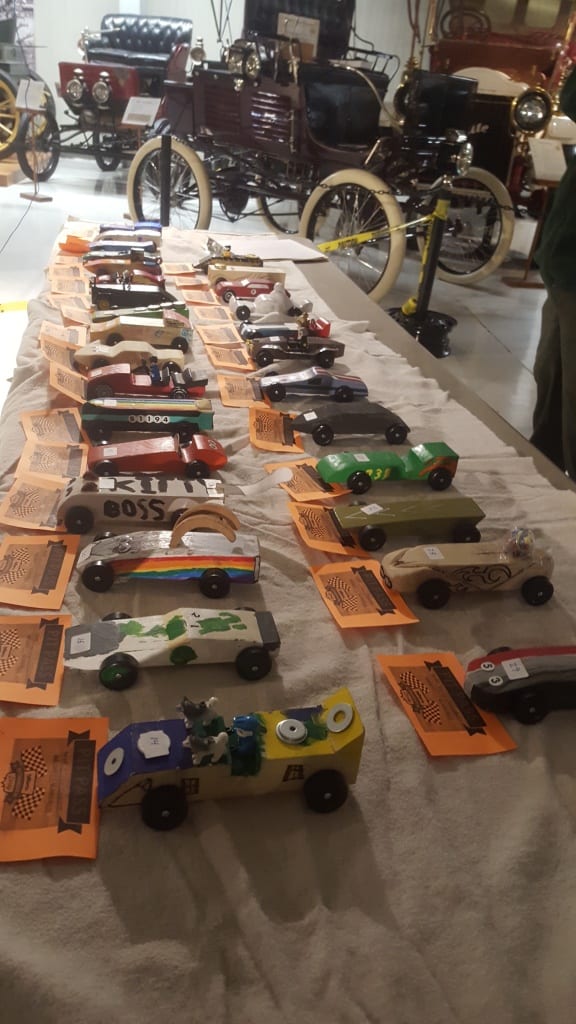 We’ve never seen anything quite like it here at the Seal Cove Auto Museum – over 100 people, one-third of them MDI Cub Scouts (Pack 98), gathered on March 1 to compete in the annual Pinewood Derby. Last fall, derby organizer Clay Gilley asked us if we had sixty feet for a derby track, WiFi, and maybe some chairs for spectators. We said, Absolutely! We’d love to have you. In early December, we hosted derby registration, and Cub Scouts were encouraged to choose a car in the collection they might want to model. A prize was at stake for the “Most Historical Car!”

On the big day of competition, over 30 Cub Scouts competed with cars that represented a fun variety of strategic adjustments, color choices, and unique designs. Some derby cars incorporated weights, one had a set of goat horns (?), and the paint jobs were spectacular across the “parking lot.”

We set up a wooden platform with large bowls of full of Legos and called it, “Lego Island,” providing an interactive, safe space for scouts not racing, and their siblings, to build and design cars, garages, or whatever they wanted. Anyone who built us a Lego car and garage were awarded

After an hour of intense heats, and once the speed winners had been announced (Congrats to Augie, 1st place winner!), special awards were handed out. We were honored to choose which car earned the title of “Most Historical” and we chose Barrett Terry’s model of our 1927 Ford Model T roadster. His mother Mindy Terry said, “Barrett is 8 years old and in his second year of scouts. He chose to make this model car since it is the same car his great-grandfather, Wilbert Terry, owns.” 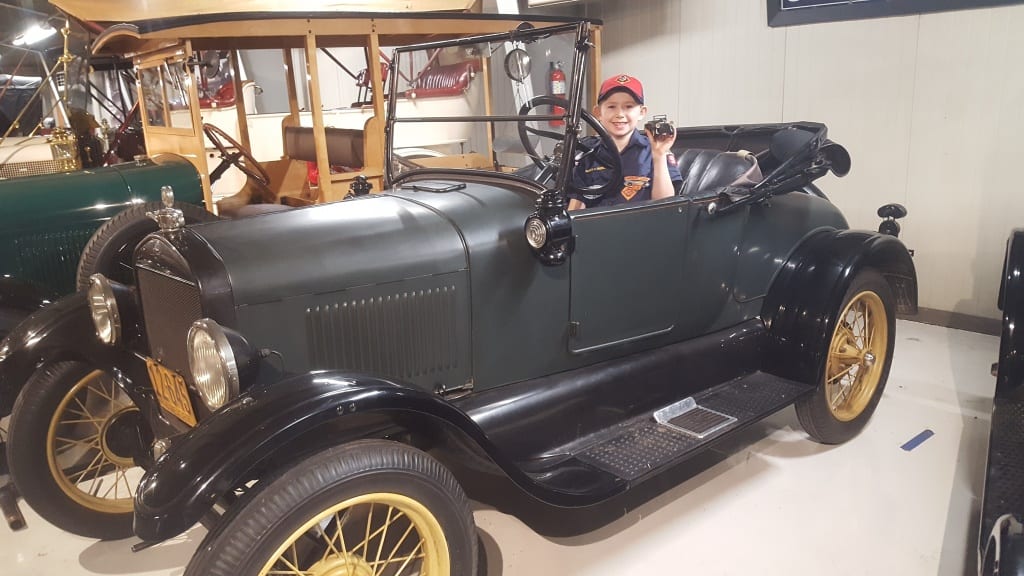 We were also completely wowed by Clay Gilley’s gift to us of a model of the 1931 Packard currently on loan at the museum. 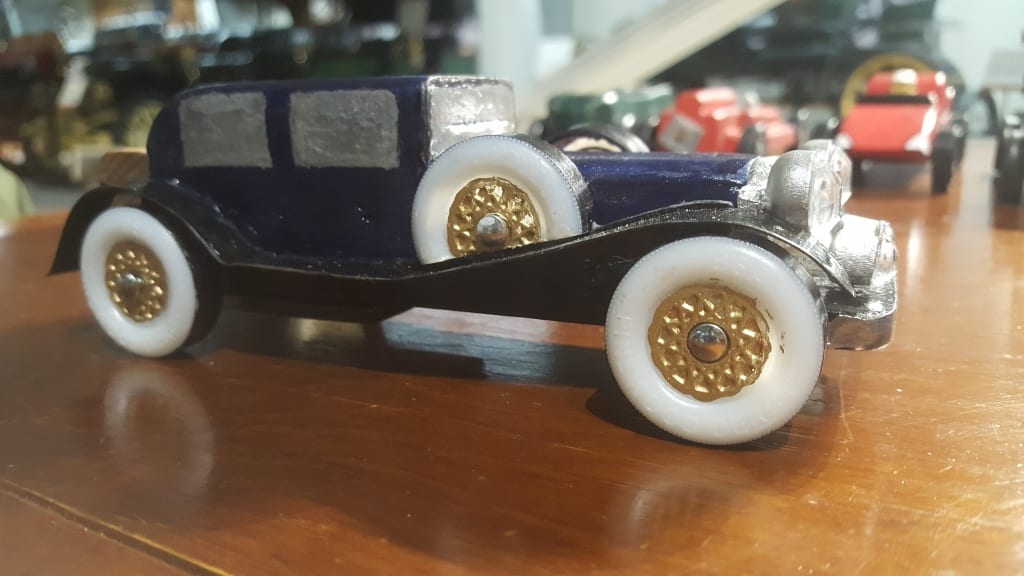 The whole experience was a real treat for us, and we are thrilled to have shared such a good time with our community before everything went topsy-turvy. 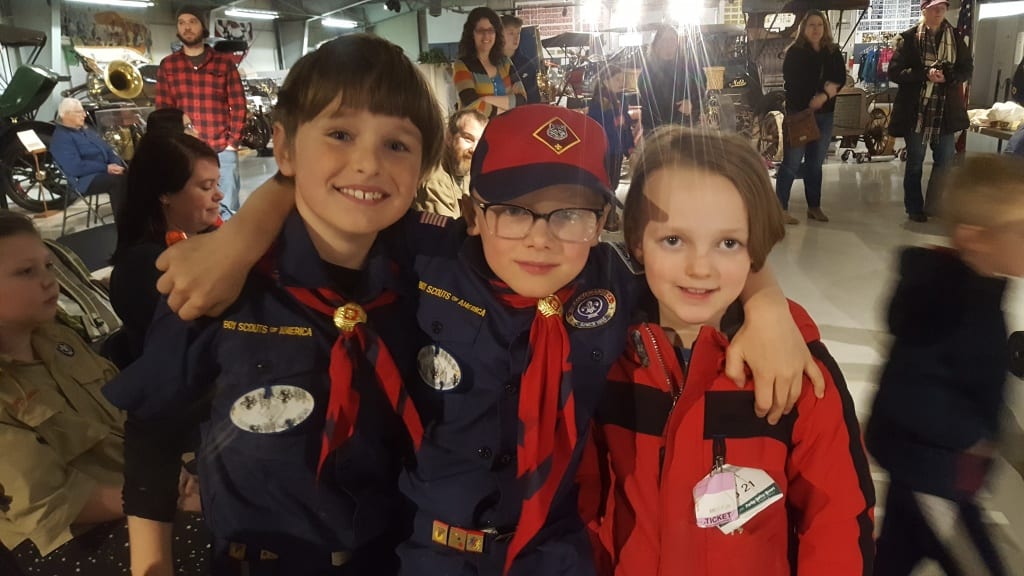