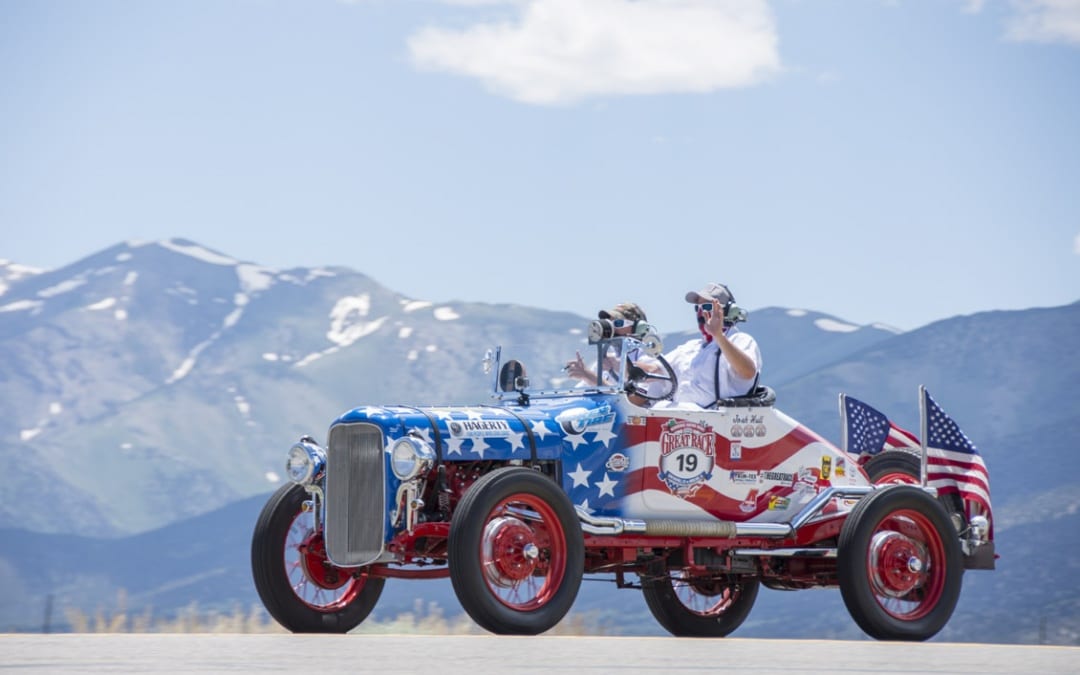 Seal Cove, Maine, will host a lunch stop on the 2018 Hemmings Motor News Great Race presented by Hagerty Thursday, June 28, race organizers have announced.
The Great Race, the world’s premiere old car rally, will bring 120 of the world’s finest antique automobiles to town for the $150,000 event, with the first car rolling into the Seal Cove Auto Museum starting at noon.

In all, the participants in the event will cover more than 2,300 miles in 9 days. The start will be at the Pierce Arrow Museum in downtown Buffalo, N.Y., on June 23.

The race will finish July 1 in Halifax, Nova Scotia, on the banks of Halifax Harbour as part of that city’s Canada Day celebration.

Teams and cars from Japan, England, Germany, Canada and every corner of the United States will be participating in their vintage automobiles dating back as far as 1913.

“There are more than 500 people just in our entourage from all around the world taking part in this incredible adventure,” director Jeff Stumb said.
Along the route, competitors will travel through four states – New York, Vermont, New Hampshire and Maine – and two Canadian provinces – New Brunswick and Nova Scotia.

The Great Race, which began 35 years ago, is not a speed race, but a time/speed/distance rally. The vehicles, each with a driver and navigator, are given precise instructions each day that detail every move down to the second. They are scored at secret check points along the way and are penalized one second for each second either early or late. As in golf, the lowest score wins.

Cars start – and hopefully finish – one minute apart if all goes according to plan. The biggest part of the challenge other than staying on time and following the instructions is getting an old car to the finish line each day, organizers say.

Each stop on the Great Race is free to the public and spectators will be able to visit with the participants and to look at the cars for several hours. It is common for kids to climb in the cars for a first-hand look.

Cars built in 1972 and earlier are eligible, with most entries having been manufactured before World War II. In the 2017 Great Race from Florida to Michigan a 1932 Ford Cabriolet won the event when it crossed the finish line in downtown Traverse City. That vehicle was driven by Jody Knowles of Tyrone, Ga., and navigated by Beth Gentry of Newnan, Ga. They won $50,000 for finishing first overall.

Over the decades, the Great Race has stopped in hundreds of cities big and small, from tiny Austin, Nev., to New York City.

“When the Great Race pulls into a city it becomes an instant festival,” Stumb said. “Last year we had four overnight stops with more than 10,000 spectators on our way to having 250,000 people see the Great Race during the event.”

The event was started in 1983 by Tom McRae and it takes its name from the 1965 movie, The Great Race, which starred Tony Curtis, Jack Lemmon, Natalie Wood and Peter Falk. The movie is a comedy based on the real life 1908 automobile race from New York to Paris. In 2004, Tony Curtis was the guest of the Great Race and rode in his car from the movie, the Leslie Special.

The Great Race gained a huge following from late night showings on ESPN when the network was just starting out in the early 1980s. The first entrant, Curtis Graf of Irving, Texas, is still a participant today.