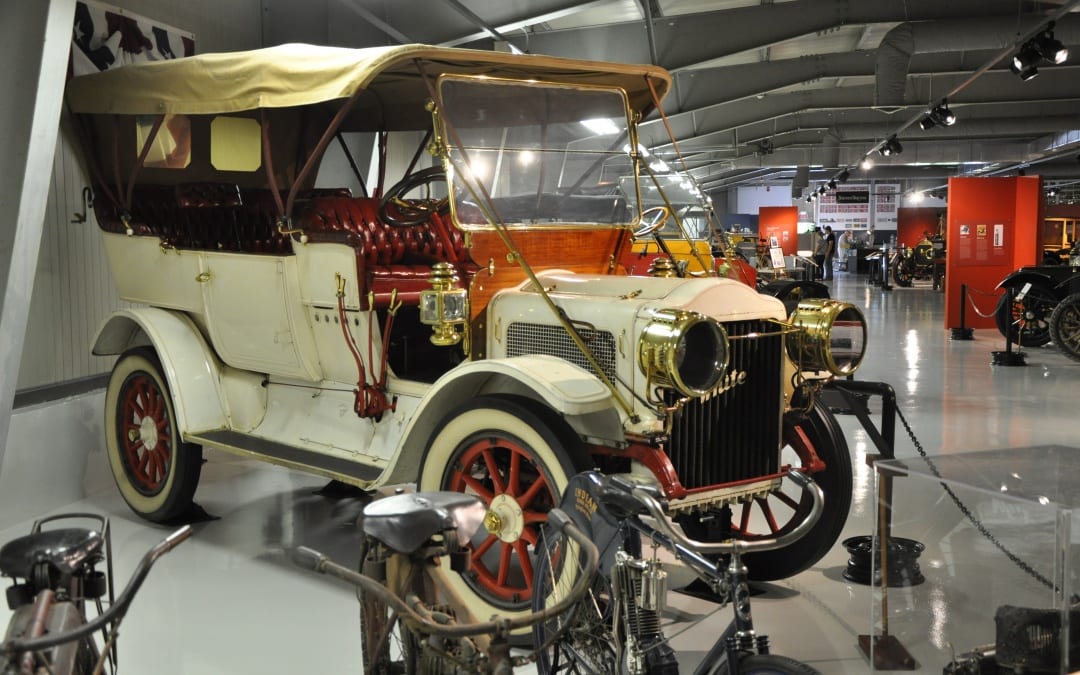 You may have heard of White trucks or White sewing machines but a White steam car? You learn something new every day.

This is one of 167 Whites known to exist, one of five model M-Ms, and one of only three 1910 M-Ms with a Pullman body. It is powered by a two-cylinder, 40 horsepower engine and burned kerosene.

Thomas H. White had begun the manufacture of sewing machines first in Massachusetts then, following the Civil War, relocated to Cleveland, Ohio, where he established the White Sewing Machine Company and where, at the turn of the century, his sons started the manufacture of steam cars.

A semi-flash boiler invented by son Rollin White in the late 1890s provided the impetus. By the spring of 1900, four White steam cars had been built, and the company’s first truck followed that year; production in 1901 climbed to 193 units. 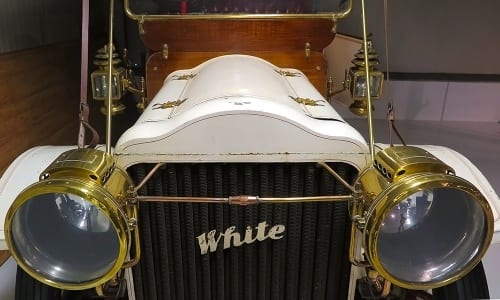 The first Whites were chain-drive, tiller-steered, wire-wheeled Stanhopes, with their two-cylinder engines mounted under the floorboards. A condenser to recycle exhaust steam was added in 1902, and in 1903 the White lost its buggy look with the engine now mounted up front under a hood and by the addition of wooden artillery wheels and shaft drive. 1905 saw the introduction of the hood design known as the “white curve,” which remained a distinguishing feature of White cars to their end, and White trucks into the Thirties.

In July of 1905, a racing White, nicknamed Whistling Billy, set a mile speed record by blasting along at 73.75 miles per hour at Morris Park Track in the Bronx. That heart-stopping speed catapulted the White steamer into national prominence. 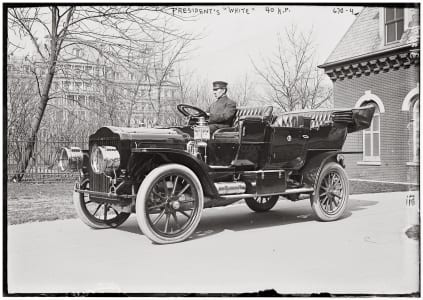 In 1906 White Steamers were the first vehicles to bring emergency supplies into San Francisco following the great earthquake of that year.

Until 1906 White’s automobile business was simply part of the White Sewing Machine Company; in November of that year, it was given its own factory and renamed the White Company. Unlike rival Stanley, which remained with steam cars exclusively to the end, the White Company added a gasoline car to the line in 1910.

In January 1911 the last White steam car was built, and by 1918 the White Motor Company ended the manufacture of passenger cars to concentrate on their line of trucks. 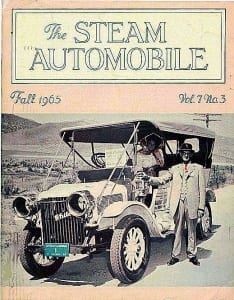 We can trace this car back to its original owner, a Mr. Fred Dundee. Dundee purchased the car new in 1910. He owned a machine shop in Portland, Oregon, (known as the Fred Dundee Motor Car Repair and Machine Works), and had previously been a race car driver around the turn of the century, racing cars from the White Motor Company.

Dundee owned the White until 1947 when he sold it to an acquaintance, Roland Giroux, an active member of the Steam Automobile Club of America.

In a series of articles for “Steam Magazine,” Giroux wrote of Fred Dundee, saying “Fred Dundee would run the stage line from Portland, Oregon up to the Mount Hood Resort. I have the car now, an M-M White, which he used on that stage run.”

Roland would own the White for twenty years until tragedy struck in 1967 with the death of his wife, son, and daughter-in-law in an automobile accident. His two Whites, including this M-M, were put up for sale soon after.

Morris Frost of Coconut Row, Riviera Beach, Florida, purchased the White in 1967 and owned it until 1971. Best known in Stanley Steamer circles, Frost built a replica of the Stanley Rocket for the Stanley Land Speed Record Centennial in 2006. 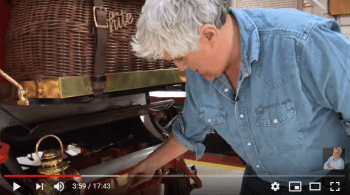 Richard C. Paine Jr., the founder of the Seal Cove Auto Museum, acquired the White from Morris Frost in 1971.

Of all the cars in the Museum, this is the one that car collector extraordinaire, and TV personality Jay Leno really, really wants. Watch this episode of his show, Jay Leno’s Garage, to learn more about White steam cars and his 1907 White, which he starts up cold via a long, seemingly convoluted process. He refers to it as “a train without tracks.” Leno’s models are 20 hp and 30hp – did we mention the Model M-M at the museum is 40hp?