The Pioneers of Automobile Collecting 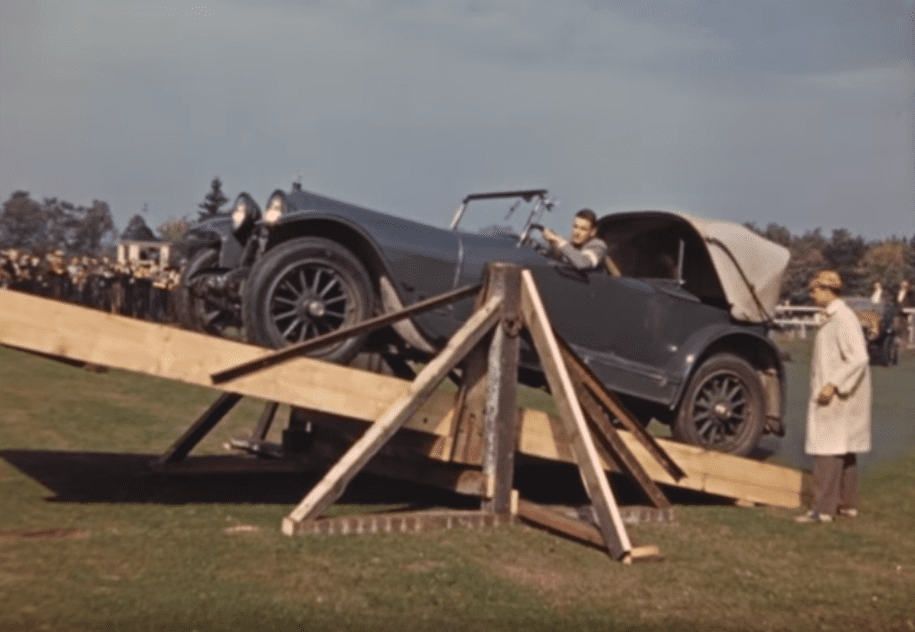 Let me take you back to the very beginning of the old car hobby – back to 1939 to be exact – and an article that appeared on September 8 of that year. The headline read, “Vintage Cars Will Undergo Various Tests,” and the article went on to say, “Motordom’s racing calendar will be turned back 40 years when the Veteran Motor Car Club of America has its first annual gymkhana for ‘vintage’ automobiles. The competing cars, all products of 1900, or thereabouts, will be put through their paces at the half-mile track of John R. Macumber’s estate Racelands on September 23.”

The Club was incorporated in the Commonwealth of Massachusetts in May of 1940 as a non-profit organization. During the War Years of 1941-45, participation in antique car activities was slight, although there was a Concours d’Elegance organized in 1942 by pioneer collector James Melton to raise money for the United China Relief Fund.  In 1946, however, the VMCCA became active again and organized the first revival of the turn of the century Glidden Tours. The Glidden Tour has been held annually ever since. You can see Glidden Tour participant stickers on the windshields of several cars in the museum, such as the 1921 Mercer and 1909 Stevens Duryea. Today, the club is known as The Vintage Motor Car Club of America and has thousands of members across the United States and from around the world.

Try to imagine those pioneer car collectors back in 1939 and the fantastic autos they owned back then. One such collector was the aforementioned James Melton. Born January 2, 1904, in Moultrie, Georgia, James Melton was an accomplished tenor, appearing on radio, television, in movies, and, ultimately with the New York Metropolitan Opera. In the early 1950’s he was the star of the TV musical variety show Ford Festival on NBC.

Let’s turn up the sound on the Atwater Kent “Big Box” Table Radio and listen to some classic Melton from a 1929 recording of “The Song I Love.”

It was Melton who began the tradition of singing “Back Home Again In Indiana” at the Indianapolis 500. Speedway President Tony Hulman asked him to sing it on the spur of the moment in 1946; the crowd loved it, and he encored the song the next few years.

In the 1950’s Melton put his collection on display in Hypoluxo, Florida, at the James Melton Autorama, a museum featuring nearly 100 antique automobiles in period sets, as well as an exhibit of toys, music boxes, baby carriages and a giant cyclorama, “America the Beautiful,” illustrating great moments in American history.

Melton died in 1961. His museum closed after his death, and his collection of vintage automobiles were scattered to collectors and museums across the United States.

The 1913 mahogany-bodied Peugeot Skiff on display at the Seal Cove belonged to James Melton, and according to his autobiography, “Bright Wheels Rolling,” was the “finest car” in his collection.

Looking around the museum, you will find other automobiles that belonged to the collecting pioneers. George H. Waterman Jr. was one of the nation’s pioneer car collectors and a founder of ”the bible of the old-car hobby, Hemming’s Motor News.” He, along with Kirkland H. Gibson, set up the Boston Museum of Automotive Conveyance in 1933. He also helped found the Veteran Motor Car Club of America. The 1904 Searchmont and the 1908 Ford Model K once belonged to Waterman and were sold by his agent John Hebden.

The name Henry Austin Clark Jr. usually comes up when thinking of pioneer collectors and great car museums. In addition to founding the Long Island Automotive Museum, he was President of the VMCCA in 1949, served as a Director on the Board of the Steam Automobile Club of America, co-authored the “Standard Catalog of American Cars, 1805-1942” with Beverly Rae Kimes, was a regular participant on Glidden Tours and Antique Automobile Club of America events, gave lectures and seminars.  And, from the number of times his name pops up on old car postcards, seems to have photographed every notable collector car in America! The 1904 Knox and 1912 Thomas Flyer at the museum were both from Henry Austin Clark Jr’s collection.

Racing car constructor, driver, and team owner as well as a sports car manufacturer, automobile collector, and winning America’s Cup skipper, Briggs Swift Cunningham, owned the 1911 American Underslung before it eventually found its way to the Seal Cove Auto Museum. Cunningham obtained the car from his aunt, Isabel Weld Perkins Anderson, in 1948. The Bulb Horn magazine from January of 1948 summed it up by saying, “The Larz Anderson collection has suffered a loss. The American Underslung is now in the possession of Briggs Cunningham to whom it was given by Mrs. Anderson, who is his aunt.” I should note that the Larz Anderson Museum in Brookline, Massachusetts, boasts “the oldest collection of motorcars in the United States.”

Also in the museum’s collection is the super rare F.R.P. It came out of Bill Harrah’s famous museum in Reno, Nevada. Harrah’s biography describes the F.R.P. as Harrah’s “most wanted” car, rather extraordinary when you consider that he once owned 1,400 vehicles of all kinds.

Have you ever heard of Murchio’s Museum and Garage in Greenwood Lake, New York, or the “Thompson Products Auto Album and Aviation Museum,” of Cleveland, Ohio,  or “Horns’ Cars of Yesterday” in Sarasota, Florida? You are forgiven if you haven’t, they are all long gone now, but back in the day, Murchio owned the 1901 DeDion Motorette, Thompson owned the 1907 Holsman, and Horn owned the 1909 Stevens Duryea. You will find all these rare automobiles on display in the museum.

Perhaps you own a forty-year-old collector car? A Pontiac Firebird Trans Am, a Chevrolet Camaro Z28? Maybe a Mustang, Volkswagen Super Beetle, or Porsche 930 Turbo? You are in great company with those 1939 pioneer collectors and their forty-year-old vintage cars shown at Racelands that September day.