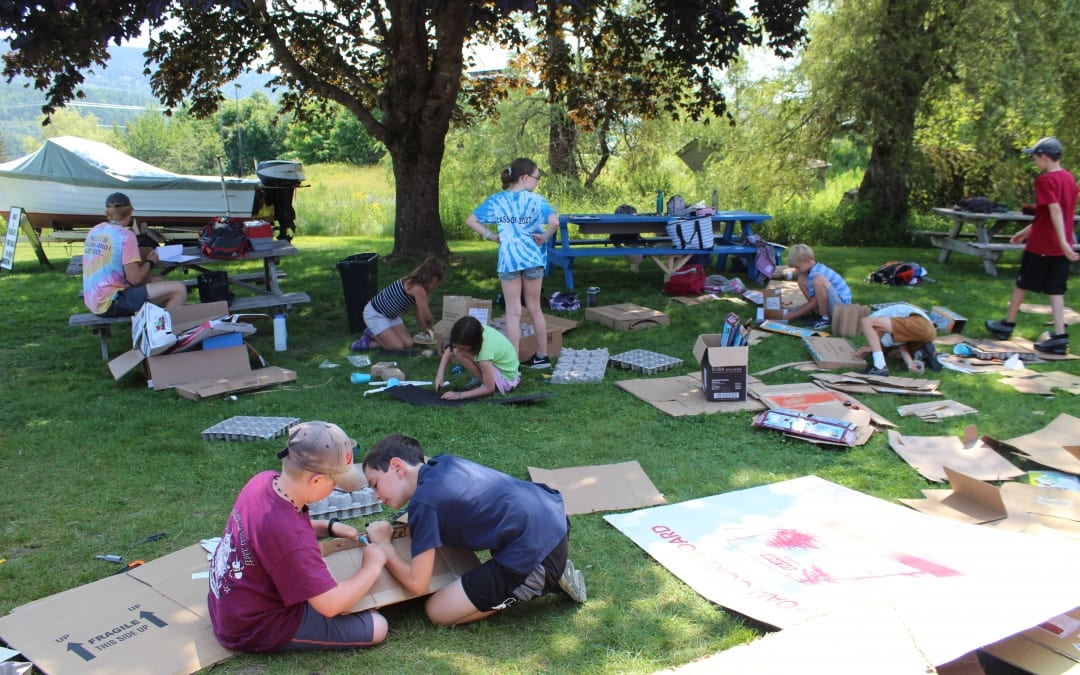 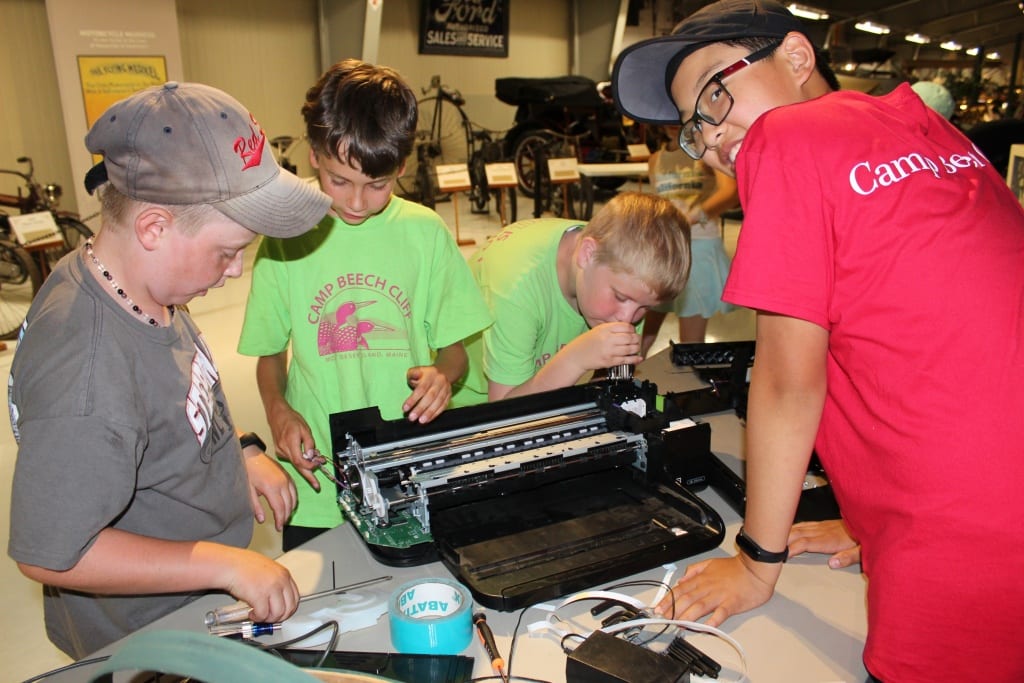 In late July and early August, 26 campers entering grades 4-7, led by Jenna Beaulieu, Curator of Education, spent a week learning about tinkerers within the automotive industry, how much tinkering impacted automobiles and their evolution, and what exactly tinkering is – trying, failing, and trying again (even if it’s frustrating). 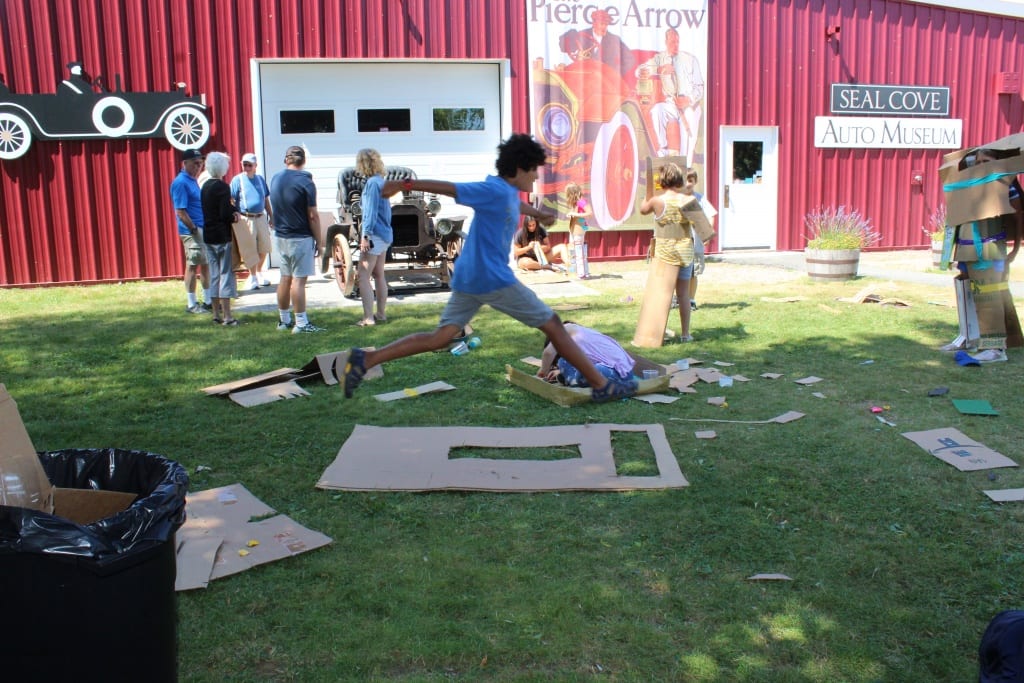 Campers started each day with a scavenger hunt that encouraged them to explore the museum space and engage with the collection in a fun manner. They peered at placards to find the one car in the collection manufactured in Maine, and debated with each over whether a car was in “original condition” or “restored,” based on its looks. 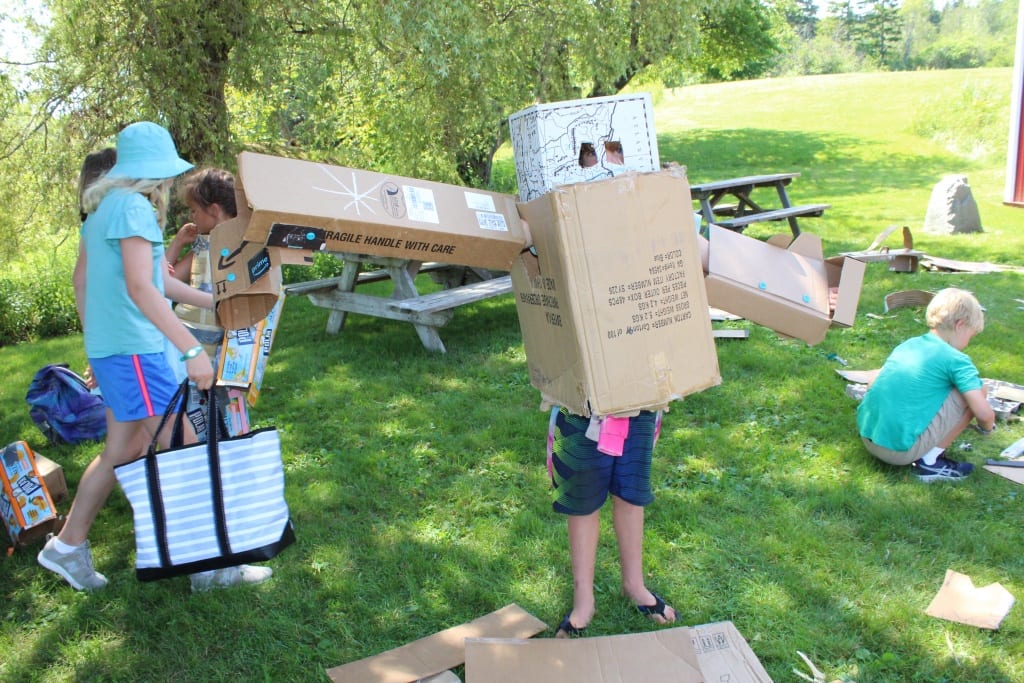 Each day also featured a MakeDo cardboard challenge; campers were free to make whatever cardboard creations they could dream up, but were provided with prompts in case they were stumped, such as – cardboard furniture, armor, forts, and cars. 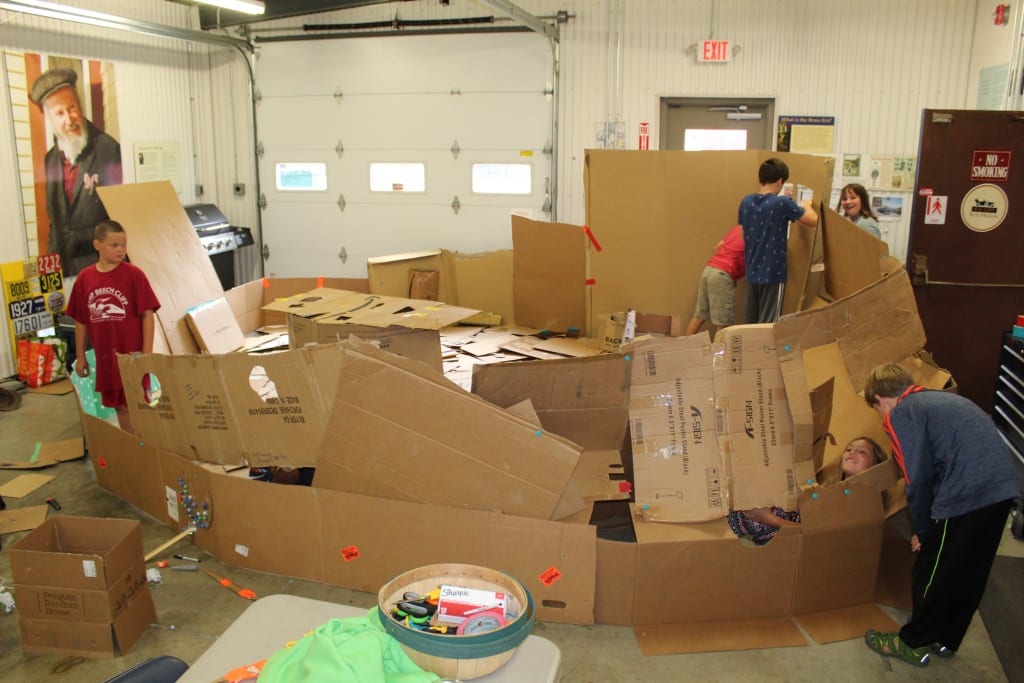 Activities differed a bit from one week to the other, but campers were able to share one common experience that they unanimously loved most of all – riding in an antique automobile. 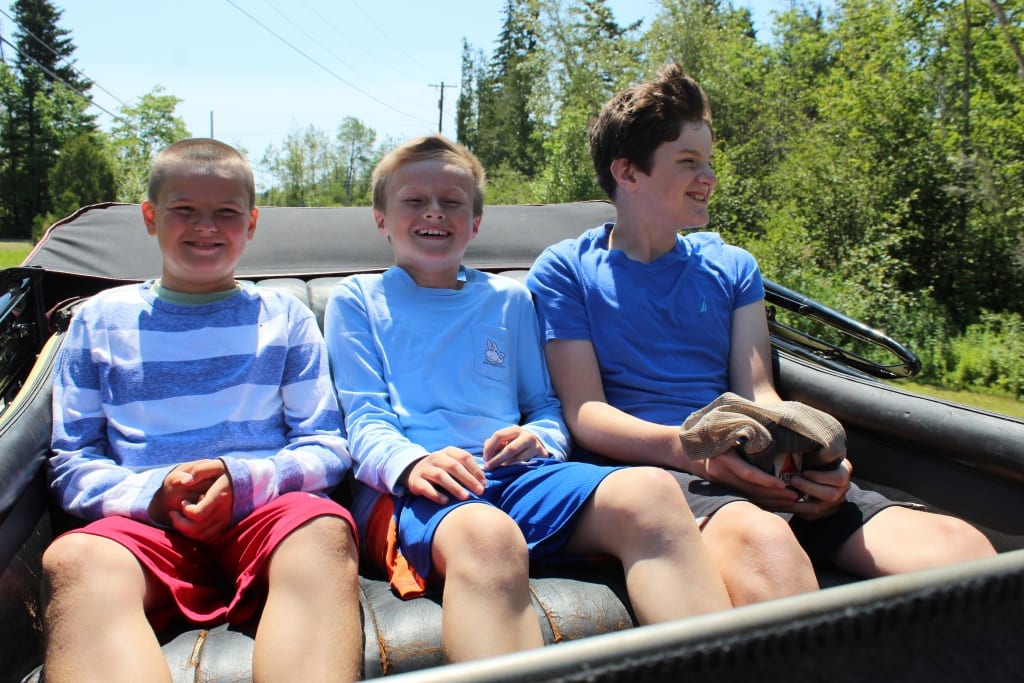 The second-most-loved activity was the “100 Pieces Challenge.” Campers teamed up and were provided with a broken or “useless” machine to disassemble with one goal in mind – collecting 100 pieces. They quickly learned that some machines are made up of far more than one hundred pieces, and that you can’t get a torx screw out with a Philips head screwdriver. 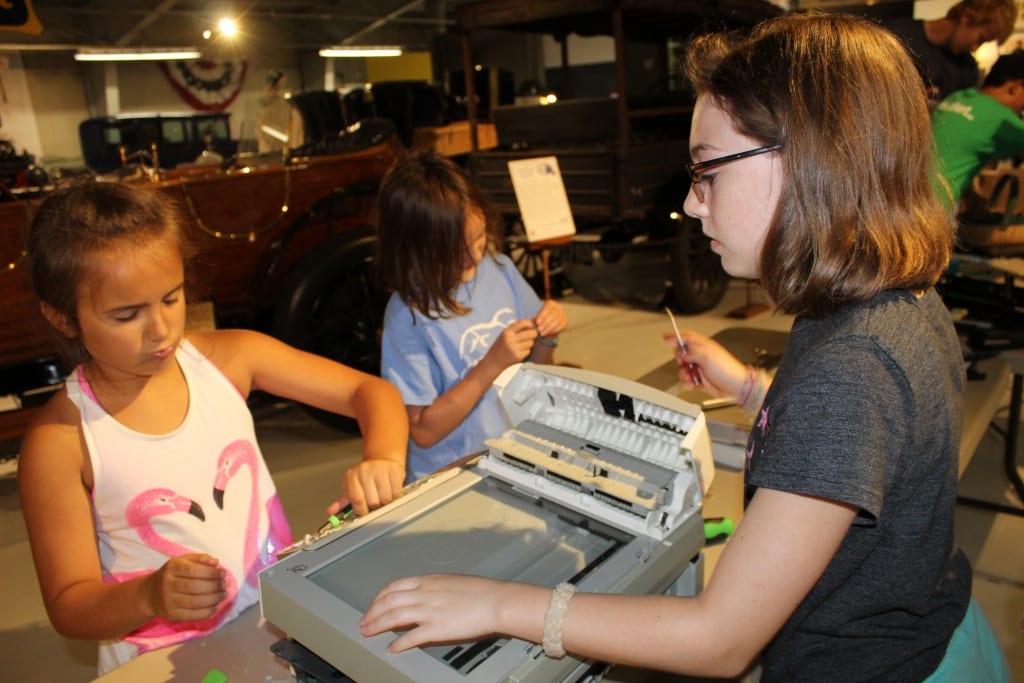 They also made marble games with cardboard and bamboo skewers and electric cars with bottle caps for wheels. Our tinkering has no limits! 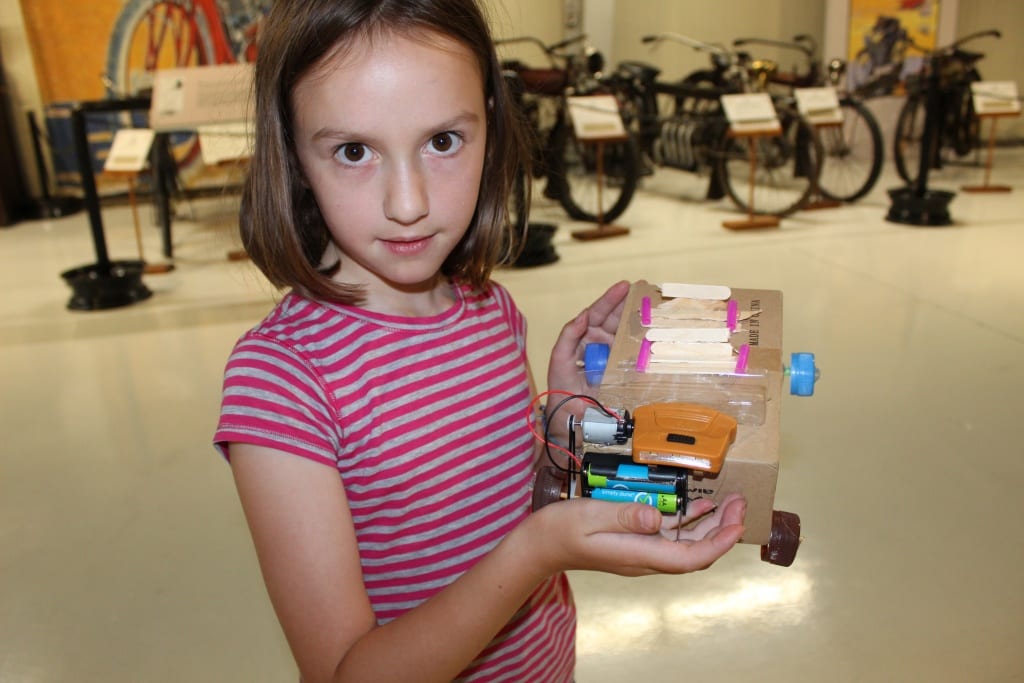 Even though our 2019 Tinker Camps are now behind us, we already have tons of ideas for next year, and look forward to getting our hands dirty and our minds sparking again next summer! 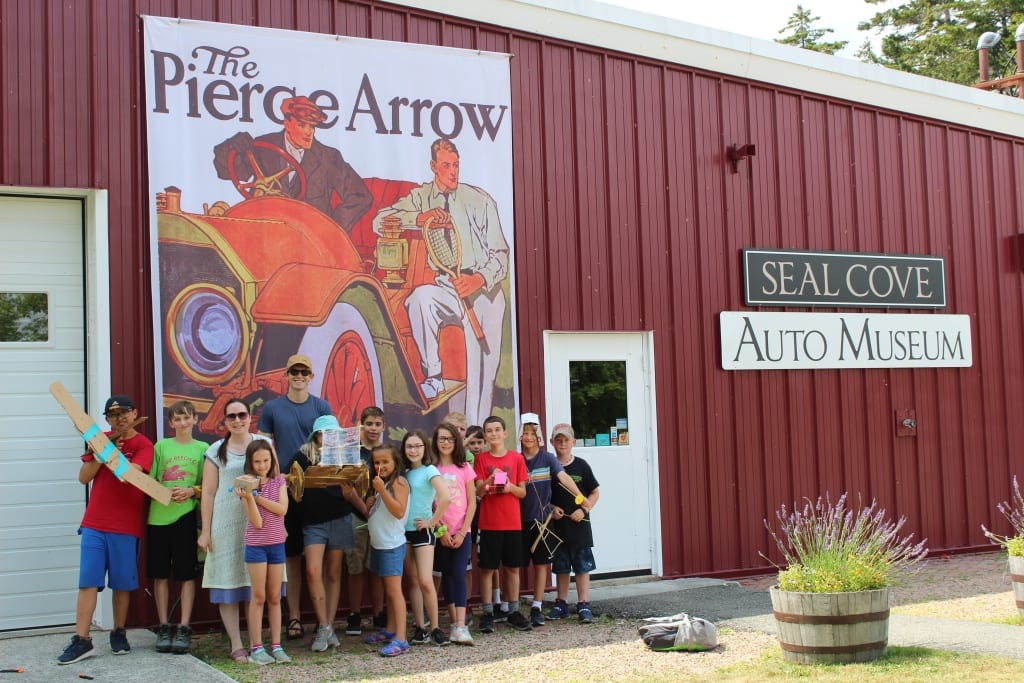