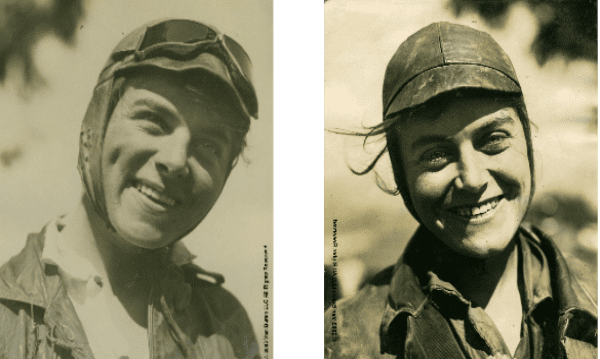 Summer 1916 – Augusta (32) and Adeline (26) Van Buren, two sisters, become the second and third women to drive coast-to-coast trip on their own solo motorcycles (the first was Effie Hotchkiss – her mother technically rode, not drove), and the Van Buren sisters drove Indians.
They intended to prove that women could serve as motorcycle dispatch drivers in WWI, freeing men up for other duties. (They were descendants of President Van Buren.) This would also contribute to the women’s suffrage movement, as one of the arguments against women having a right to vote was that they didn’t participate in war efforts.

Their plan for the journey to take one month morphed into two months due to frequent arrests (for what they were wearing – military-style leggings) and bad weather.
Older sister Gussie’s maxim was, “Women can, if she will.”
At the Seal Cove Auto Museum, we have more than one Indian motorcycle, but the model closest to those driven by the sisters is the 1913 Indian. 1913 was Indian’s highest production year, resulting in 32,000 motorcycles. 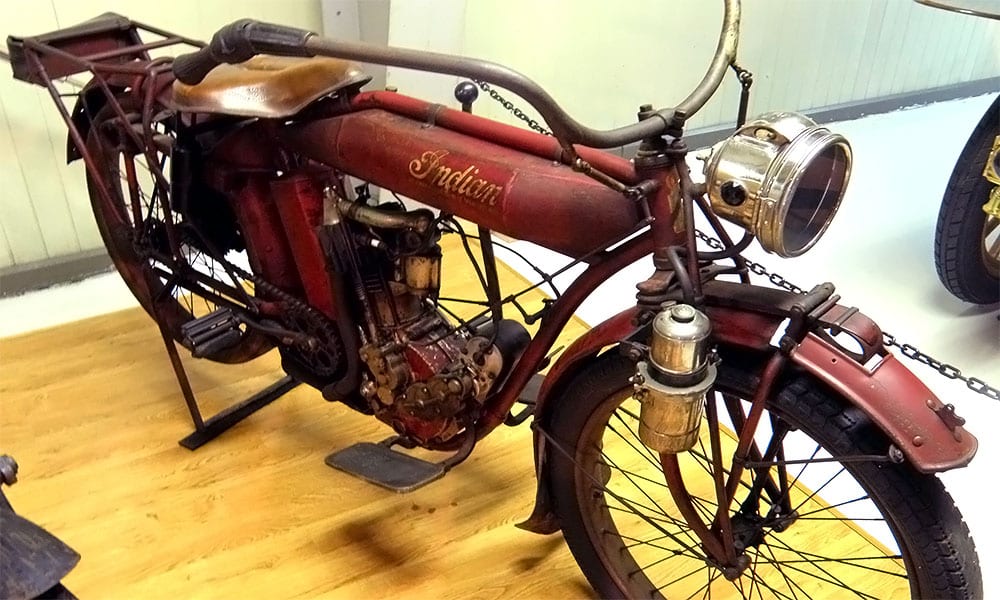 It was no coincidence that the Van Buren sisters drove Indians to prove they could participate in war efforts. The Indian Motorcycle Manufacturing Company was the first motorcycle company in the US, and they provided the US military with 50,000 motorcycles during WWI.
How did we stumble across the Van Buren sisters? Through research for our 2020-2021 exhibit, Engines of Change: A Suffrage Centennial. They are certainly not alone as incredible women who accomplished great things to help the suffrage movement – stay tuned for more profiles to come!