What does a Stetson hat have to do with a Searchmont car? 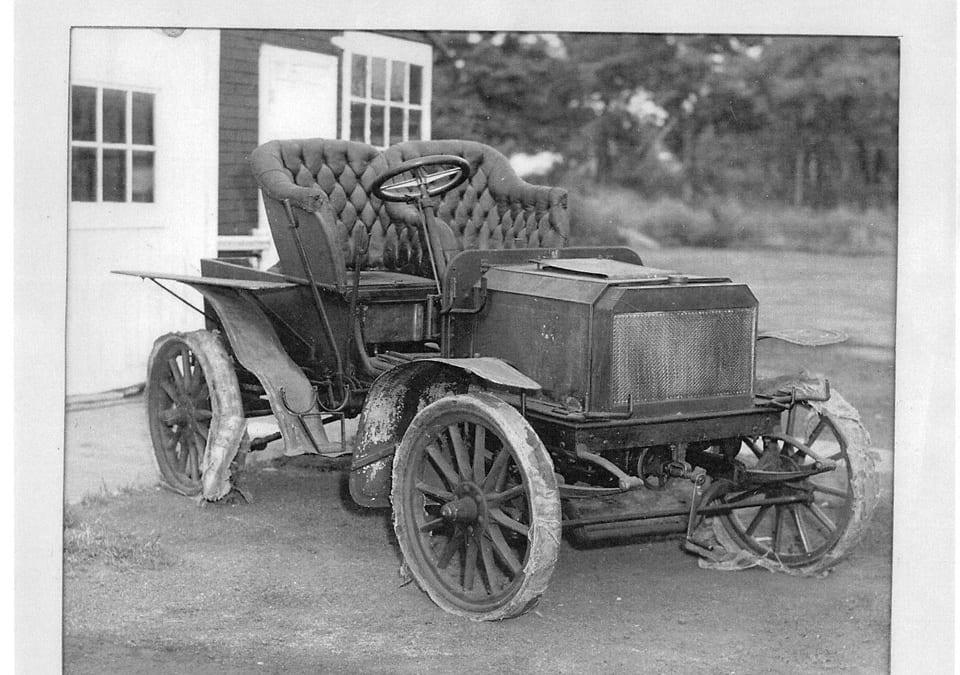 “Ground floor: Perfumery, stationery, and leather goods, wigs and haberdashery, kitchenware, food and Searchmonts. Going up… ” So might have said the elevator operator at Wanemaker’s Department Store in 1904.  Following the bankruptcy of the Searchmont Motor Company in 1904, the John Wanamaker Department Store in Philadelphia bought the entire lot of 100 unsold cars at $750 apiece, put $1200 price tags on them, and sold them. The 1904 Searchmont Model 7 Touring car in the museum’s collection is one of those cars, and search as you might you will never see another one – this is the only one left! 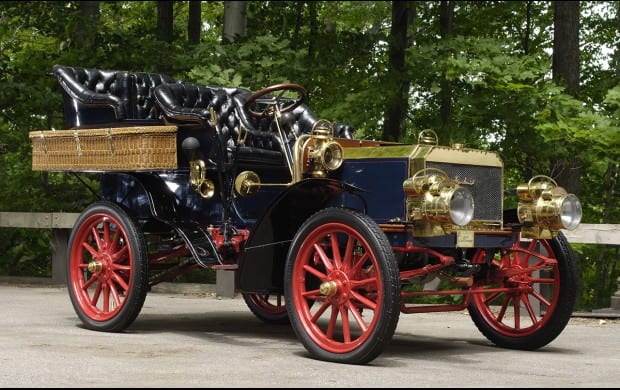 It all started in November of 1900, when a group of businessmen, including Theodore C. Search, the head of the Stetson Hat Company, and Spencer Task, a prominent capitalist, bought out the Keystone Motor Company of Philadelphia and along with Edward B. Gallaher, the man behind the Keystone, marketed Keystones, a tiller-steered, two-seater buggy with rear-mounted engine called the Wagonette. The new Searchmont Motor Company produced these cars through 1902. The Searchmont Motor Company also produced a 5 passenger Touring Car with an optional surrey top in 1901 and 1902. It was called the five Passenger Deluxe Type IV, and was equipped with a two cylinder engine rated at 12 horsepower.

In 1902 Searchmont Motor Company changed its name to Fournier-Searchmont Co. to obtain the advertising advantage of Henri Fournier, the French race driver who had been a consistent winner and gaining wide publicity. By 1903 the Fournier-Searchmont Co. name was dropped since Henri had returned to France in 1902 to race the Paris-Vienna and never returned. How many of Fournier’s ideas found their way into the new Searchmont is unknown, though its forced-feed lubrication (a first for America) may have been one of them.

After Fournier’s departure, the Fournier-Searchmont Co. was renamed The Searchmont Automobile Co. in 1903 and made a complete change in the design of their automobiles. The 1903 Searchmont was equipped with a two cylinder engine that developed 10 horsepower. It had a 4 1/2 inch bore and a 5 inch stroke and forced-feed lubrication (a first for America). Many of these innovations were the work of a gifted American engineer, Sherman Chadwick.

Unfortunately, by 1904, Wall Street became rather shaky and, as Lee Chadwick later reminisced, “Spencer Task got pinched in the stock market, and the rest of the gang just quit.” Enter John Wanamaker, and for the Seal Cove’s treasure, the rest is history.

The Searchmont at the museum is a true ‘barn find’ that had been lovingly restored by a previous owner. Its provenance goes back to the collecting days of car collecting pioneers George Waterman, John Hebden, and Bill Pollock. The car has been awarded a national first place from the Antique Automobile Club of America and has participated in the London-to-Brighton antique motoring event, open only to operating vehicles built before December 31, 1904.

The Searchmont is one of several London-to-Brighton cars exhibited at the Seal Cove Auto Museum.