What is the Brass Era? 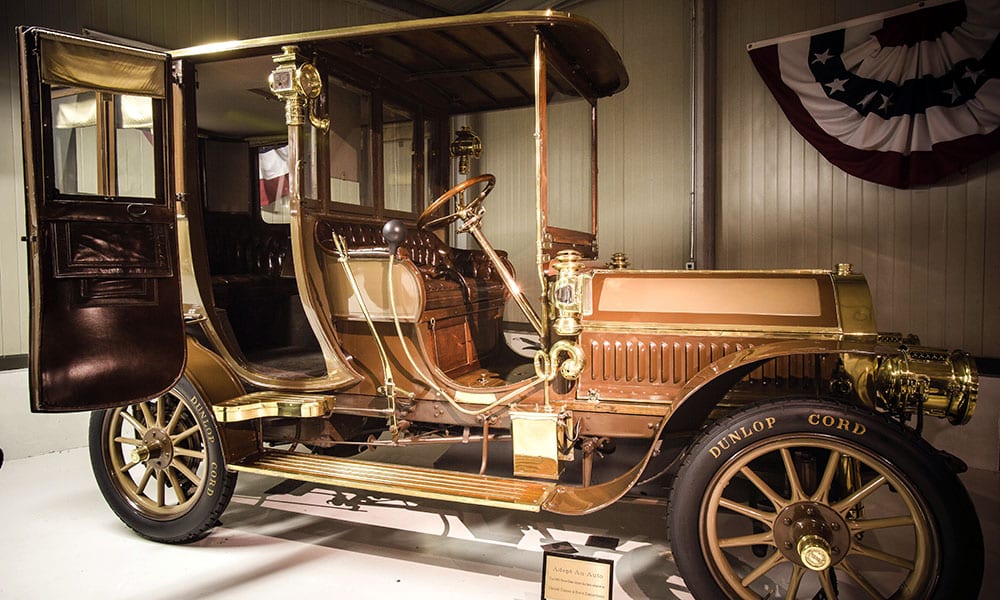 The Brass Era of automobile manufacturing, approximately 1895-1915, features engineering so exquisite it doubles as artistry. Aptly named, the era describes automobiles that were frequently decked out in brass, from their headlights and kerosene lamps, to their radiator caps, grills, arm-rests, throttle, horns, exhaust organs, handles, clasps, hubcaps, and more.

Brass, while stunning, was also functional, holding up against tarnish and weathering much better than gold or silver. 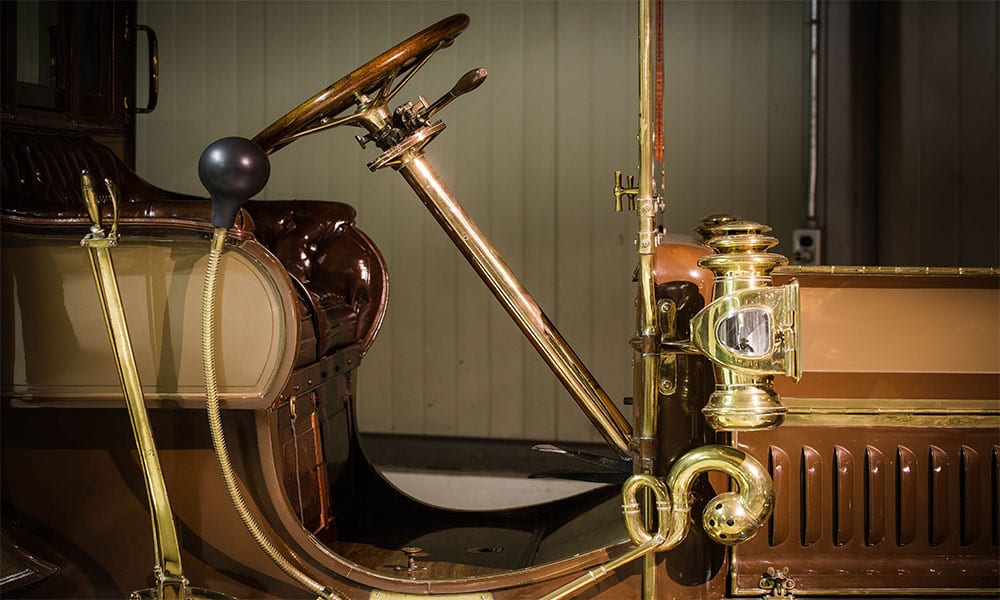 The earliest automobiles looked very similar to carriages missing their horses – thus, the moniker horseless carriages. One feature of brass era cars that typically surprises people is the prevalence of right-hand steering wheels, a likely result of designers picturing horse-drawn carriages which were usually driven on the right-hand side. Some models even sport a spot for the driver to thread through some horse reins, just in case they needed the animals to help get them out of a jam – a telltale sign of transition overlap.

However, building and design evolved at breakneck speed, and inventors and coachbuilders combined forces to build cars with massive wheelbases and roofs that towered eight feet off the ground, plus harnessed the power of steam, gasoline, and electricity to push their new machines to their limits. 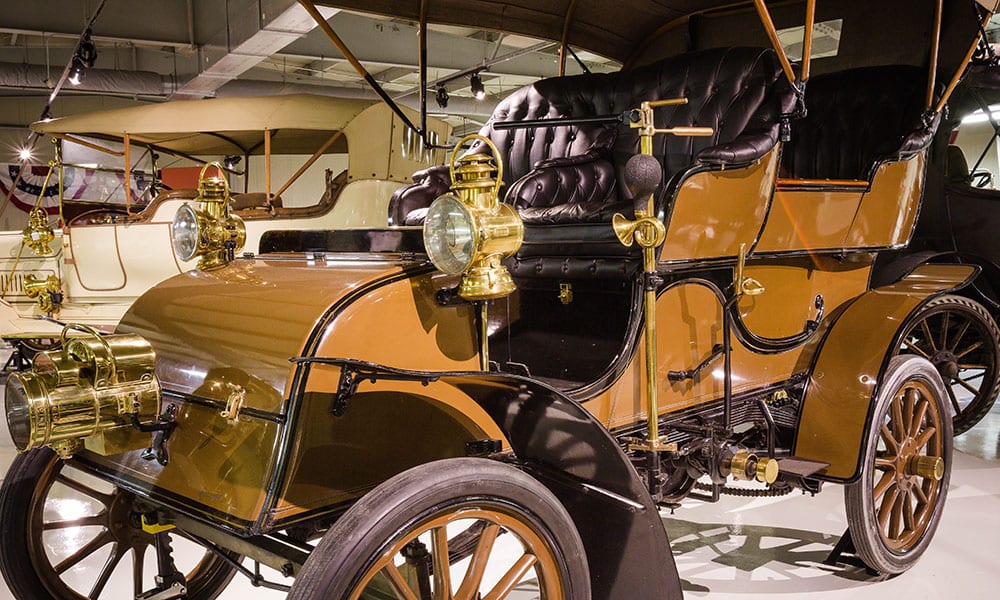 Many more are featured at the museum, but we can’t come close to exhibiting automobiles from every American manufacturer during the Brass Era, because there were over a thousand of them!

“Early automobile development in America could be characterized as frenzied. Seemingly everyone thought they could build a car and get rich doing it. The result…is that the period produced many more types of automobiles and companies than one might expect. There were so many that it was difficult for trade journals to keep with new entries and the associated technical details.” Robert D. Dluhy, American Automobiles of the Brass Era 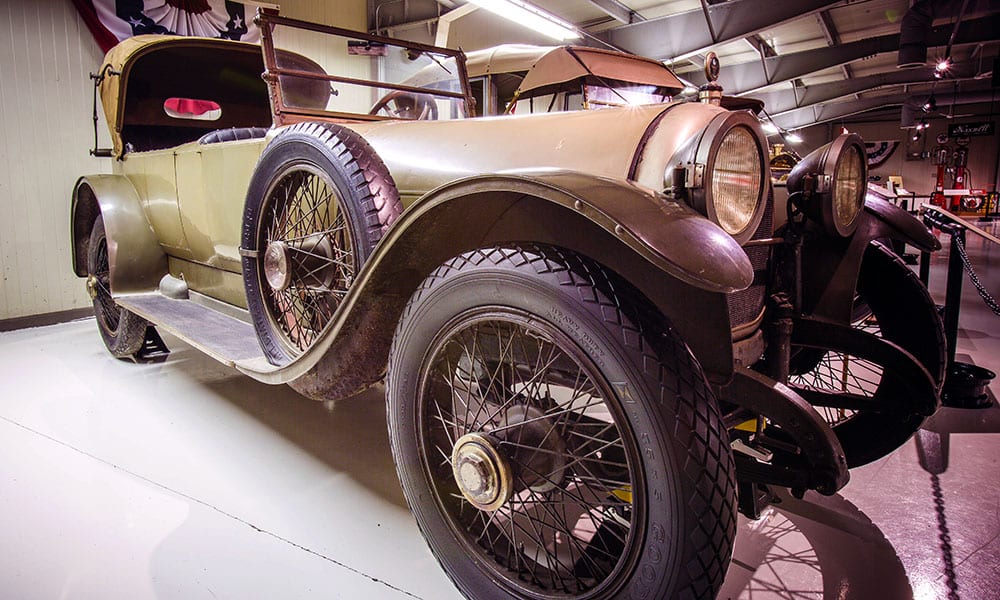 Some manufacturers were only in business for a year or two, or specialized in one-of-a-kind models; because of this, Brass Era automobiles are a collector’s dream. When the museum’s founder, Richard C. Paine, purchased a massive lot of forty-one cars from pioneer collector Dr. Samuel Scher in 1965, thirty-seven of those cars were from the Brass Era. The museum still maintains 10 cars from that purchase, including a 1913 wood-bodied Peugeot, a 1900 Locomobile, and a stunning 1905 Pierce Great Arrow limousine.